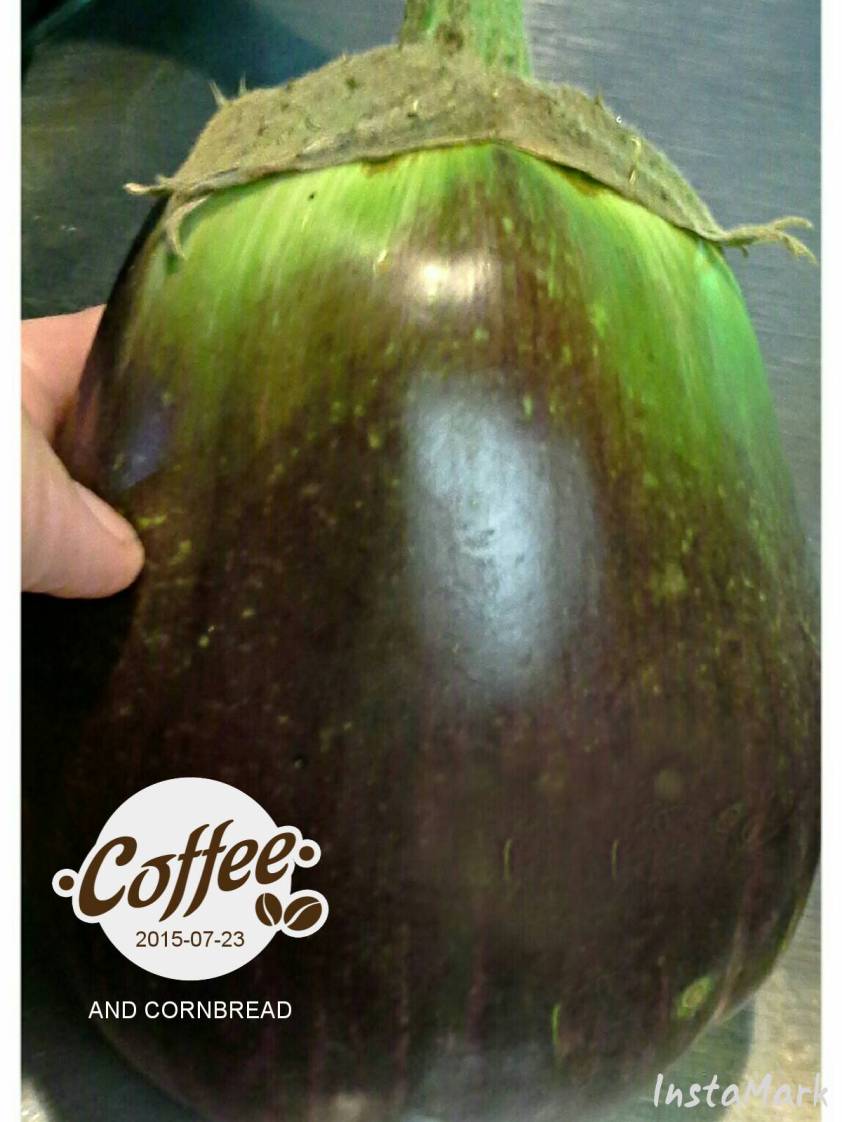 I harvested my first eggplant. It was beautiful. I got six 1/2 inch slices from it.

I wanted to do parmesan but needed to low carb it.

I served it with garden green beans and garden tomatoes. So very good. 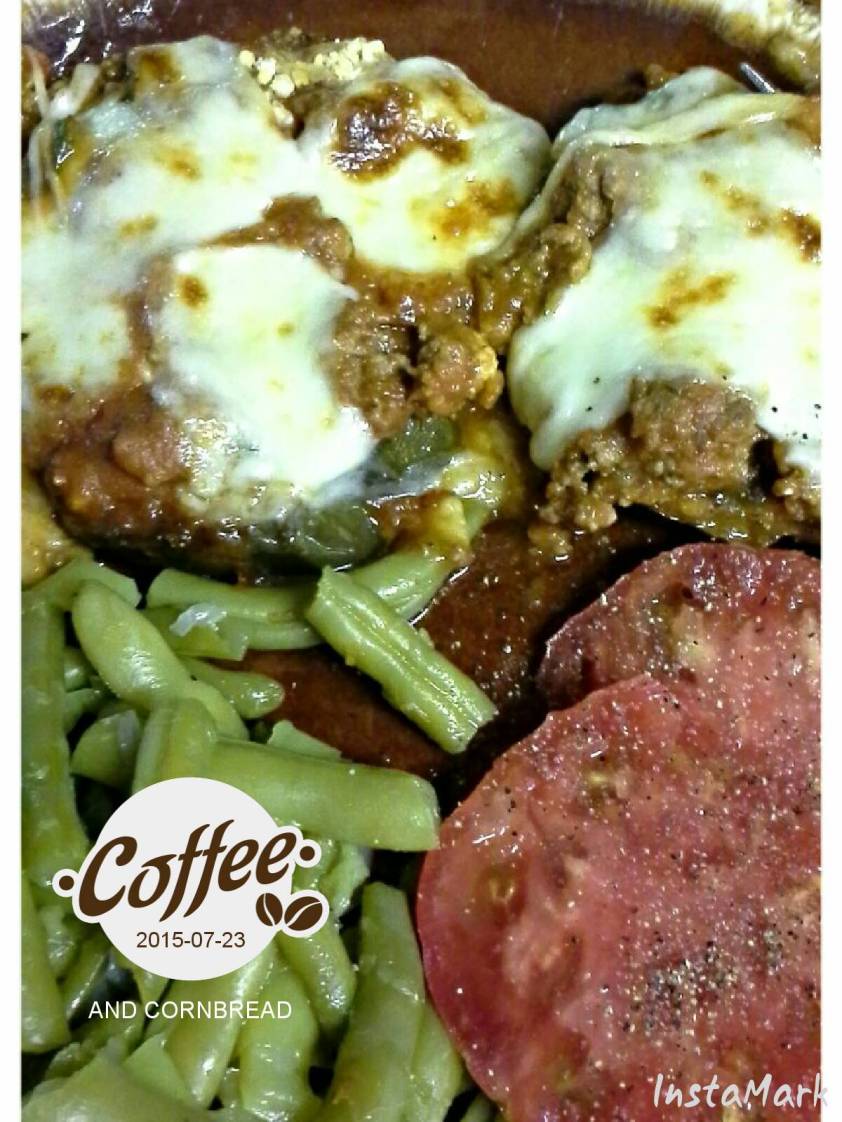 Grind your pork rinds and add the garlic powder and italian season.

In a small bowl whisk your egg with water.

Dip your sliced eggplant in the egg and then dip into the pork rind. Press the rind into the pieces of eggplant, getting it to stick , and then one at a time fry in the deep fryer until golden, about 4 minutes. 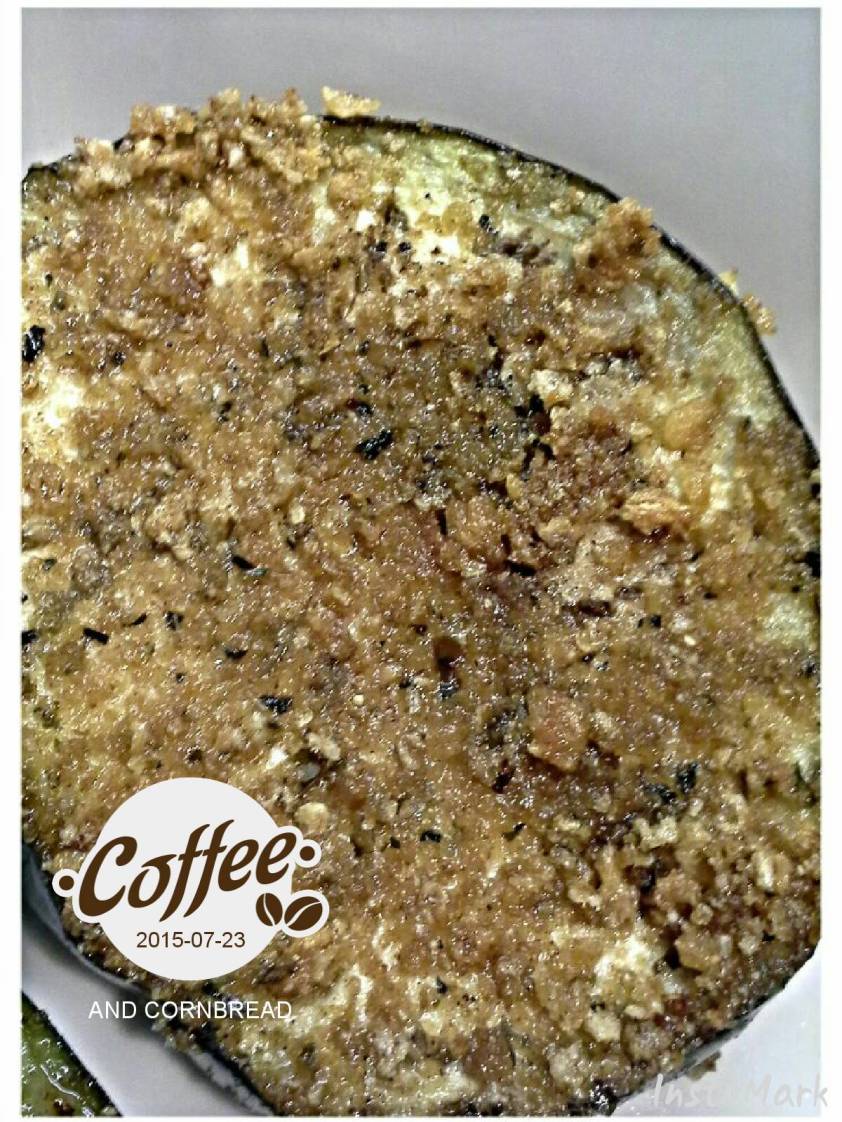 Drain eggplant on paper towels and then transfer to a casserole dish.

In a skillet on the stovetop, brown and drain the groundbeef. Add spaghetti sauce to drained groundbeef . 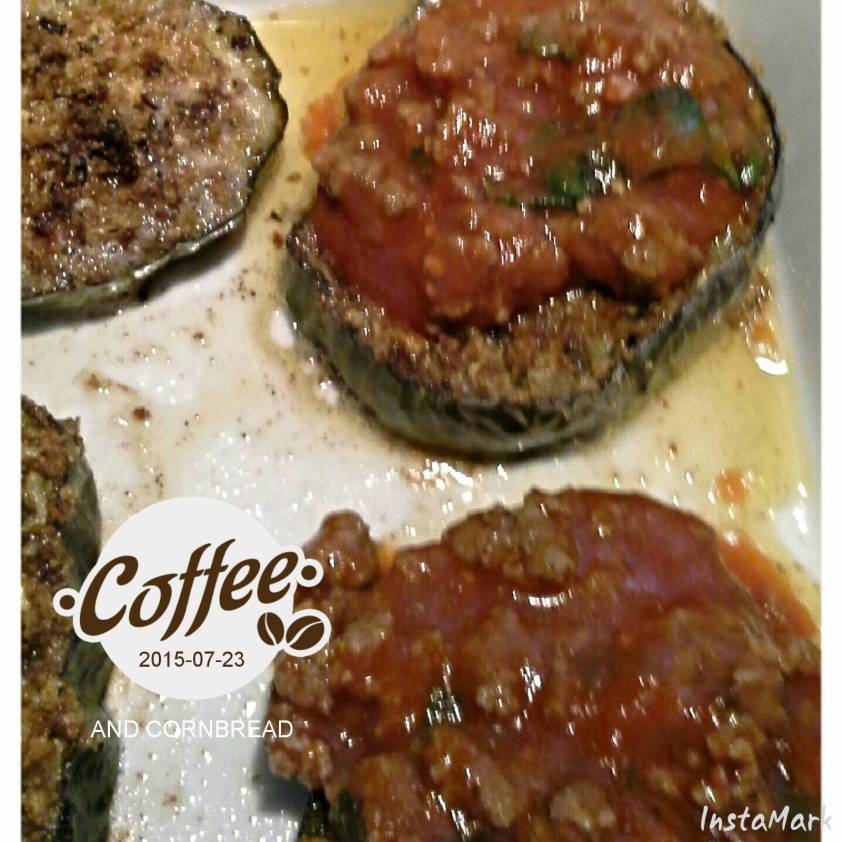 Pour about 2 tablespoons prepared sauce on each piece fried eggplant. Top each with parmesan and then 2 ounces mozzarella.

Place casserole dish in a 400 degree oven until cheese melts and bubbles.

I don’t know if I’ll ever get the hang of low carb baking.

Hubby has been covering us up picking blackberries.

I have canned jams and covered ice creams. My fingernails are turning that blue color.

Hubby suggested pie but I knew my low carb pie crust would be a bust, so I searched the internet and found this Slow Cooker Raspberry Coconut Cake.

Of course it was raspberry and I had blackberry. I also had a smaller 4 cup crock I wanted to use. How hard could it be to cut the recipe in half to fit in this little crock? Of course this little crock has no temperature gauge. It is full force or nothing.

The original recipe called to cook on low. I tried it anyway.

Well it didn’t turn out too bad but when I dumped the little cake out the sides had browned a pretty color but the top was this yucky wettish blue. So I made a cream cheese and coconut icing glaze to try and hide it

My blackberries were a little tart so I could have upped the sweetner but overall it wasn’t bad. I don’t believe I’ll ever be a star low carb baker however.

Grease the inside of a 4 cup slow cooker.

Pour the batter in a prepared slow cooker and cook about 3 hours. Use a tooth pick to make sure it is done. The pick will pull out clean. Turn off slow cooker and let cake cool.

Beat cream cheese, milk, and sweetener with a hand mixer and pour over cake. Sprinkle with remaining coconut.

I got this recipe at

They turned out well but I felt I might have liked the batter sweeter. Next time I’m doubling the sweetener.

I didn’t have coconut flour so I subbed some all purpose low carb baking mix for that.

I also got 4 dogs out of the batter.

I am not going to waste my precious almond flour by throwing out batter even if the last dog didn’t get coated well.

One of my sticks broke off too.

I will try making this again with more sweetener.

All in all it was enjoyable even by my not low carbing hubby.

Stick the hot dogs on the skewers. Sprinkle with coconut flour and turn to cover evenly.

Make batter by combining almond flour and baking powder with egg and cream. Add cream until you have a nice thick batter. Add batter to a thin tall glass to help with coating the dogs.

Preheat a deep fryer to 370F. Coat the floured dogs with the batter.

to put together you need
Slices of provolone cheese and
your choice of bread (I used a low carb quick bread recipe follows. ) this bread isn’t very pretty so I grilled it a bit for the grill marks before topping 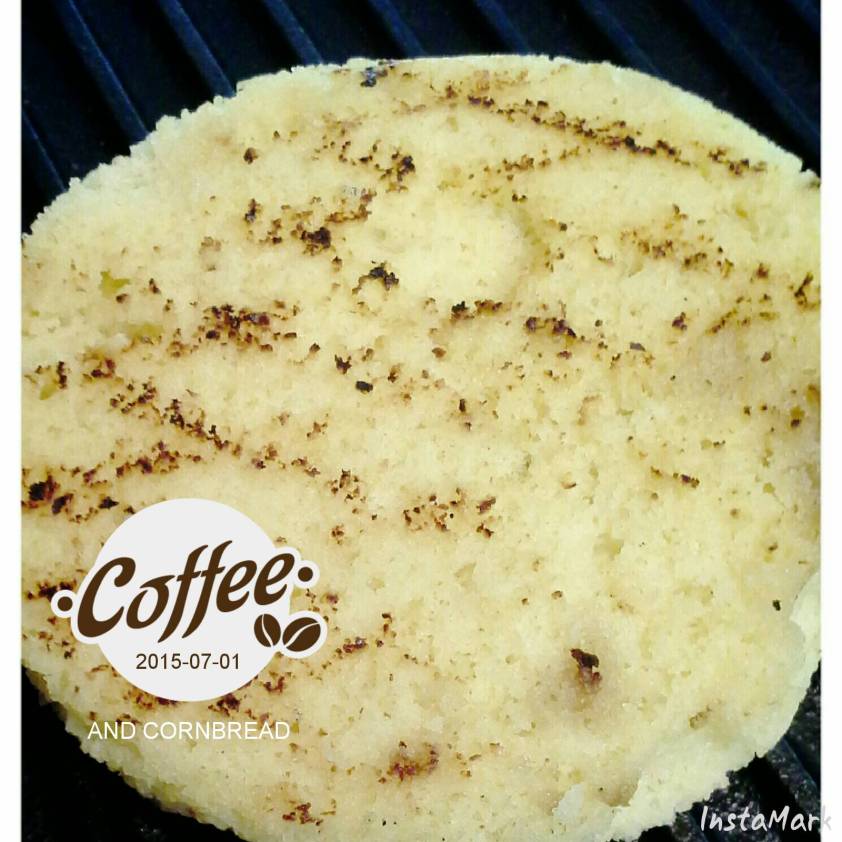 Simply place about 1/4 cup tuna on your bread, top with a slice of cheese and broil in the oven until cheese is melted and browned 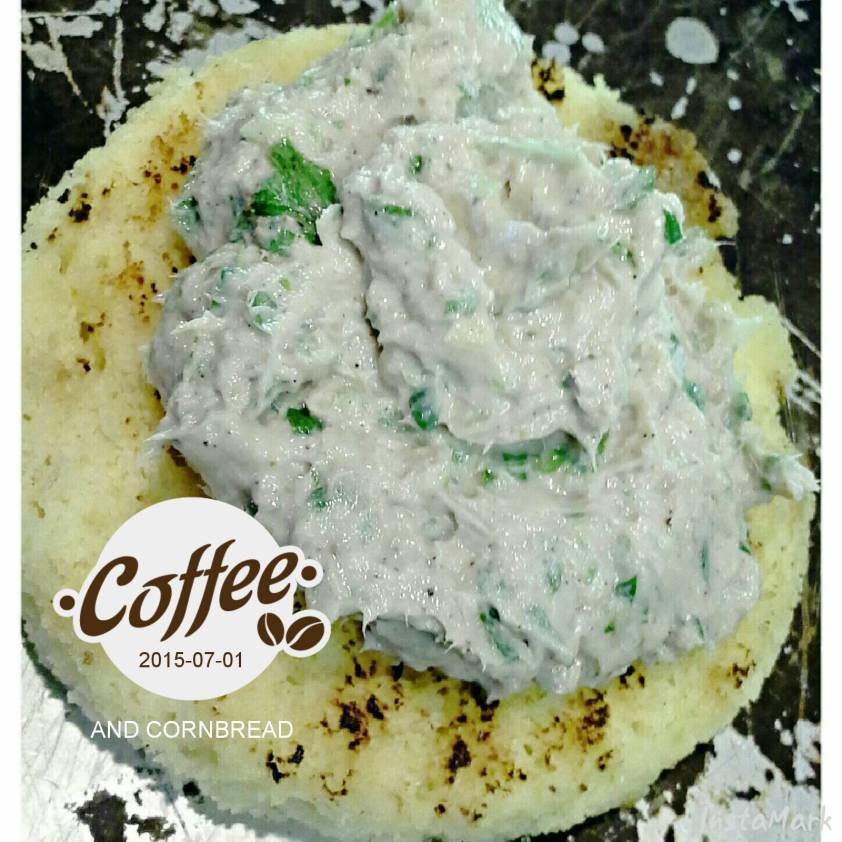 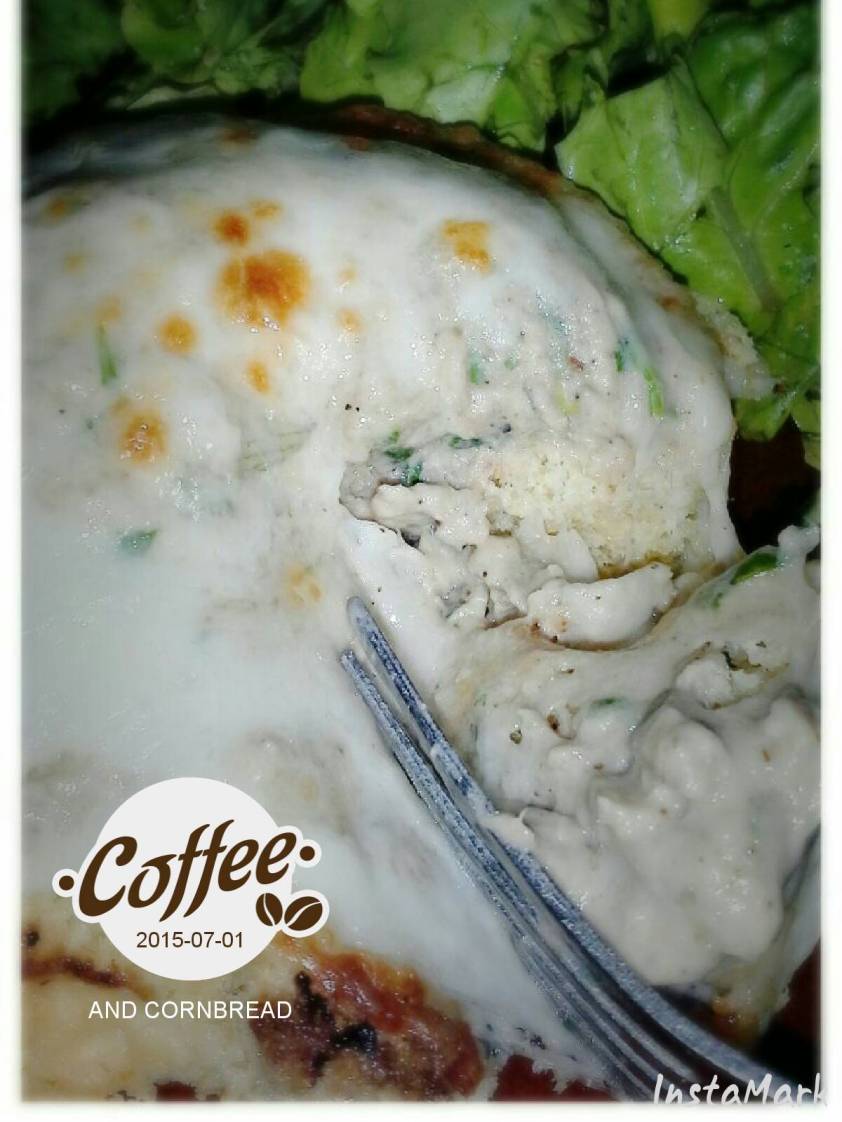 Mix all and pour the batter into a greased microwaveable dish, about 5×5

Cool and slice. Should get about 4 slices from this recipe.